Those numbers compare especially unfavorably to the national rate, high in itself at 14.9 percent though off its record peak of 17.2 percent in October 2009.

Mitt Romneys campaign ripped a tax analysis that found his proposals would raise taxes on the middle class as a joke on a conference call with reporters today, while also suggesting that President Barack Obamas campaign chief broke the law while he was a White House aide.

On July 17th, the Obama for America Campaign, the Democratic National Committee, and the Ohio Democratic Party filed suit in OH to strike down part of that state’s law governing voting by members of the military. Their suit said that part of the law is "arbitrary" with "no discernible rational basis."

Currently, Ohio allows the public to vote early in-person up until the Friday before the election. Members of the military are given three extra days to do so. While the Democrats may see this as "arbitrary" and having "no discernible rational basis," I think it is entirely reasonable given the demands on servicemen and women’s time and their obligations to their sworn duty.

Its time for Romney to find his own Spiro Agnew. 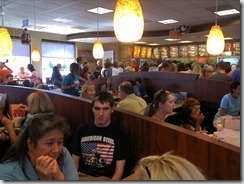 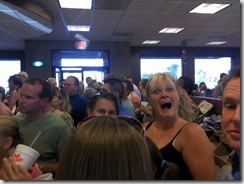 Having Persevered Through Those Days of Horse Drawn Computers . . . : The Other McCain

This is one cool project.

In his own words from the conclusion of his book, Righteous Indignation:

I love my job. I love fighting for what I believe in. I love having fun while doing it. I love reporting stories that the Complex refuses to report. I love fighting back, I love finding allies, andfamouslyI enjoy making enemies.

Three years ago, I was mostly a behind-the-scenes guy who linked to stuff on a very popular website. I always wondered what it would be like to enter the public realm to fight for what I believe in. Ive lost friends, perhaps dozens. But Ive gained hundreds, thousandswho knows?of allies. At the end of the day, I can look at myself in the mirror, and I sleep very well at night.

John Turner plays a fair hand on this contentious topic, but ignores some fairly significant information in the process in claiming that

Baptism by proxy has its roots in early Mormonism, when adherents were troubled by the fact that their ancestors had died before the 1830 founding of what became the Church of Jesus Christ of Latter-Day Saints. Mormon prophet Joseph Smith taught that baptism was necessary for salvation and that only those baptisms performed by the true, restored church counted. That left the vast bulk of humanity on the outside looking in.

Smith wanted to offer a second chance to those who had died. Bringing to life an obscure New Testament passage about believers being "baptized for the dead," he announced that his followers could seek baptism on behalf of their departed kin.

Much of the commentary repeats the usual outrage, but one Ken Kuykendall adds the missing information in his comments. This should be more widely known, but sadly, will be ignored.